Timber industries worldwide are committing to trading only in legal and/or sustainably produced timber to combat the illegal timber trade and satisfy increasingly environmentally aware consumers. This bodes well for supplier countries like Malaysia, which have invested heavily in third-party independent forest certification and sustainable forest management. But how will these countries be impacted by the impending EU Timber Regulation (EUTR), prohibiting first placing of illegal timber on the EU market?

It is widely agreed that illegal logging must stop and there are increasing international efforts to achieve that end. Such measures, fully supported by Malaysia, will help ensure that market players compete on a level playing field and that revenues from legal timber trade are available to reinvest in sustainable forest management strategies.

But will the EUTR work? We believe it can, if it is uniformly applied EU-wide with fairness and transparency, does not become a burden on suppliers and importers of tropical timber products, or create trade barriers.

With that in mind, the debate on risk assessment and the extent to which due diligence has to be exercised needs resolution. The process of drafting the implementing regulation saw some dissent among stakeholders due to a lack of consultation. And there is a range of opinion on how various categories of illegality risk should be measured under the EUTR, complicating the application of due diligence risk assessment for buyers.

However, credit must be given to the drafters, who do seem to have left sufficient flexibility to cater for varying circumstances.

Another key question is whether the EUTR has been sufficiently communicated to supplier countries. From the start, the MTC has kept its industry members abreast of developments, but the most critical period is now.

With the implementing regulation and drafting of secondary legislation/guidelines this year, the regulation's detail has only just become available; we must now undertake further extensive communication to prepare our industry for its introduction next March. We are also working with European timber federations to achieve further clarity.

Supplier countries have other outstanding concerns. We're confident that primary and some semi-finished products can easily comply with the EUTR, but it's more complex for value-added and panel products, paper and finished goods such as furniture, which could comprise a mix of species from several regions. Fears remain that satisfying the regulation for these products will increase administrative and financial burdens for suppliers.

The pressure is now on to ensure that all outstanding issues are addressed and that our timber sources are inventoried and accounted for and, most importantly, are legal (and increasingly sustainable too).

Malaysia's timber sector has trading relationships with Europe spanning more than 50 years and established a reputation for reliability and supplying quality materials. We are intent on these relationships continuing after the introduction of the EUTR.

In exchange, once they have put all the stipulated legality verifications and other controls in place, they are allowed to issue their producers with VPA licences.

In turn, the licensed timber effectively gets a "green lane" to the EU market, without having to go through diligence illegality risk assessment laid down in the EU Timber Regulation. 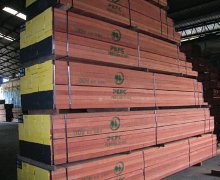 An increasing area of Malaysian forests are certified 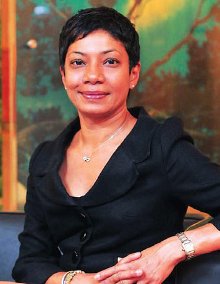 Sheam Satkuru-Granzella: the most critical period is now