Two teams of four cyclists from Alsford Timber have taken part in the Cahors Cycling Challenge, embarking on a 566-mile route over three days through the French countryside raising over £7,000 for Cancer Research, The British Heart Foundation, NHS Charities Together and Momentum Children's Charity.

The Cahors Challenge event is a purpose-driven fund-raising event, where funds are split with 50% going to the nominated CAC charities, and 50% to an elected Alsford charity. Nominated by one of Alsford’s team members, the company chose Momentum Children’s Charity which supports seriously ill children and their families, and is a local charity to Alsford in the south-east.

The team was made up of six Alsford team members including managing director Neil Fuller, plus two dedicated customers keen to support these worthy causes.

The event took place over three days with four riders taking on each ride as their teammates followed along by car. The route took in steep ascents and winding roads, with the cold and wet weather creating a dramatic landscape for relay sprints and ultimately completing the ride as a large group working in peloton.

Oliver Hampton, Alsford joinery lead had thoughts of friends and family keeping him motivated throughout the event.

“The hills are tough,” he said. “The thought of letting my family, charity and teammates down got me to the top.”

Tim Osborne, Alsford commercial manager, reiterated that taking on the hills for long stretches of time was really the hardest point of this entire trip. “Cycling a steep hill feeling the pain with Neil, when he highlighted why we were doing this and who we were raising money for, is what got me through,” he said.

The Alsford Peddlers and Wheelers will be returning to the Cahors Challenge in 2023 and welcomes new and returning teammates to complete the fund-raiser with them. 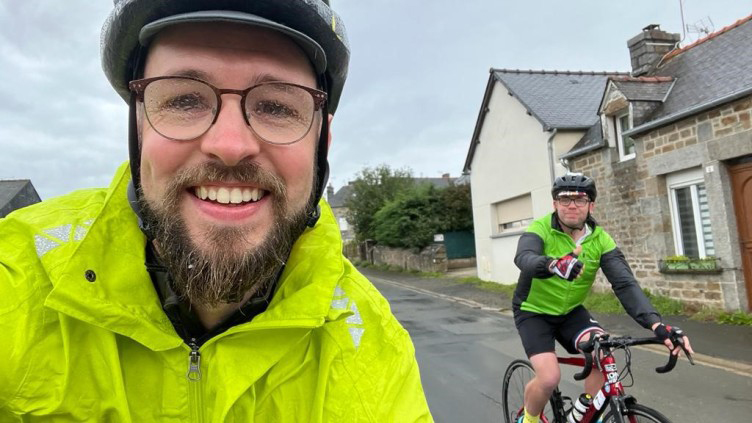 Adam Heyne and Stuart Davis taking part in the challenge