The UK softwood market took off as soon as the New Year began, with importers chasing shipments while the sawmills were still trying to cope with a real winter, the likes of which had not been seen for many years.

Temperatures to the eastern parts of Europe were hitting -30°C, and to add to the situation, outbreaks of Covid-19 were springing up everywhere, even in the most remote towns and villages of Latvia, Belarus and the Ukraine.

From January onwards, the level of coronavirus-infected staff made absent from work brought some mill operations to a virtual standstill for two or more weeks as staff were forced into isolation. This combination of events reduced volumes to the ports, but most vessels were still able to make up full cargoes. In terms of actual specifications, higher volumes of rounded posts, sleepers and pallet wood was seen to arrive in January from the Baltic states rather than strength-graded material.

From day one, prices started moving quickly upwards for structural material, and C24 levels overtook the market price for joinery grades, purely due to shortages and strong demand. Against January last year, C16 and C24 prices gained between 60-70% but still traders are sure that a peak has yet to be reached.

Demand from all markets for softwood remain firm, and volumes sent to the US are attracting premium returns for mills in Sweden involved in the exports of large volume shipments. Continental markets are also busy and pushing for more volume without too much concern about price, they just need the material.

Norway, Denmark and Holland are competing against UK buyers and are also buoyant markets, while domestic Swedish consumption continues to absorb approximate 5 million m3 per year.

Latvian shippers have worked hard to fulfil contracts, but several mills have been underdelivered on logs and currently find themselves in a bidding war to secure supplementary volumes at an ever-increasing cost. Preliminary figures speak of an increase in Latvia’s UK market share of softwood, but how much is structural wood, and how much is attributed to landscaping or industrial is unclear.

There are some major gaps in UK specifications and stockholders are struggling to keep their inventories balanced. The consensus in the trade is that this trend is likely to continue well into Q2 and beyond. 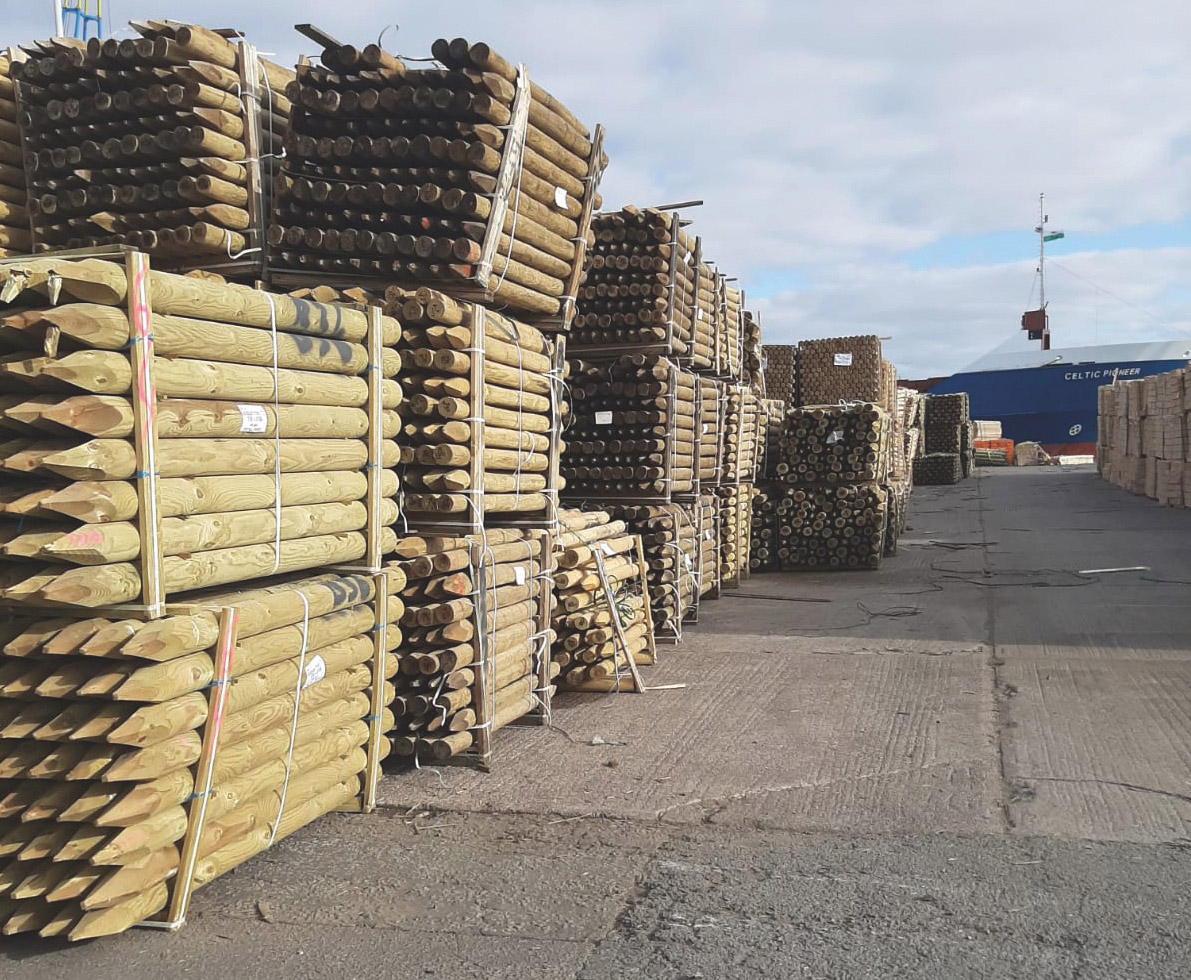 Increasing volumes of rounded posts are seen at the ports 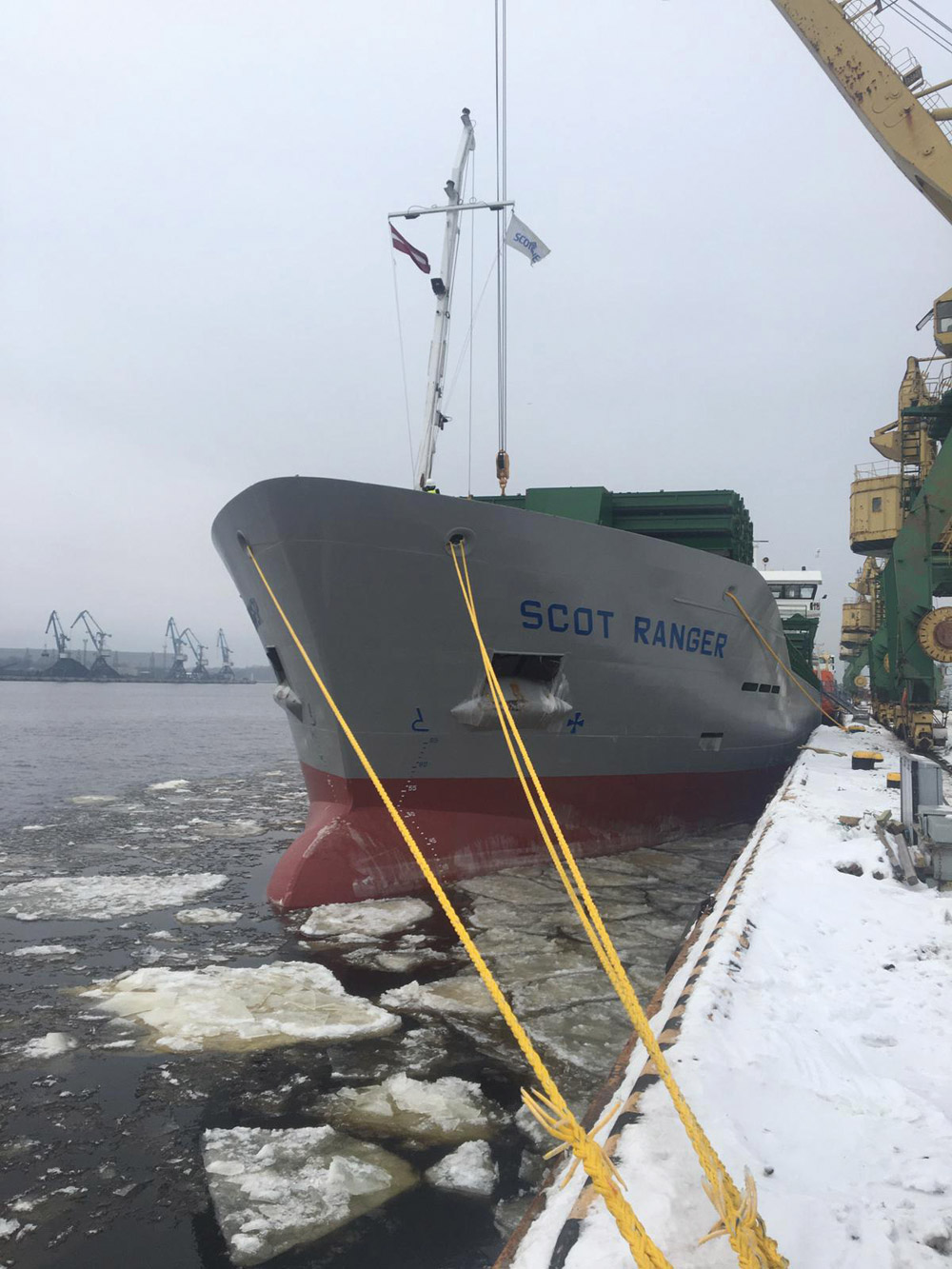 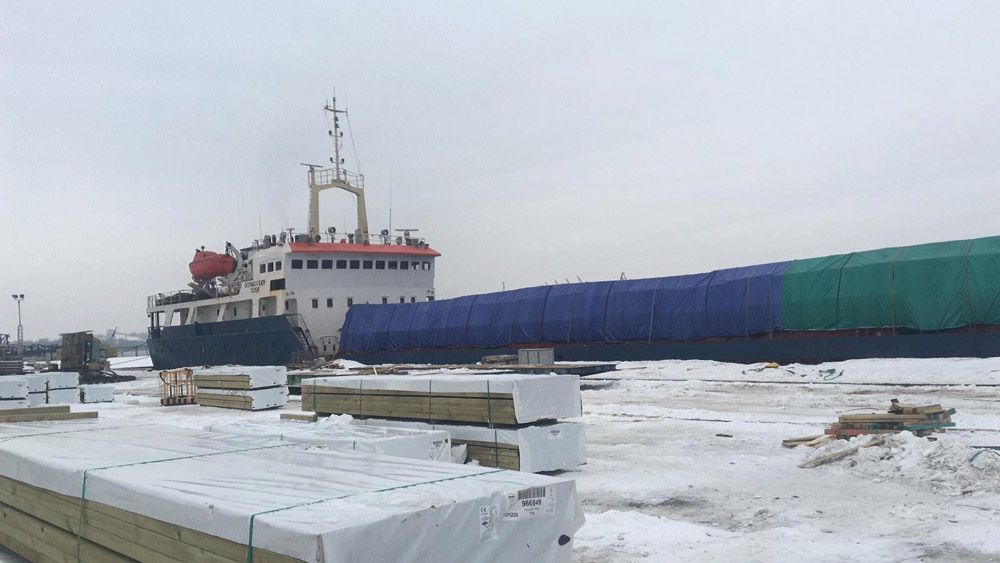 The Baltic region has experienced a severe winter. The Celtic Raider loading at Bekkeri, Estonia (Courtsey of Charles Willie Shipping)