This year marks the 150th anniversary of the Timber Trades Journal (TTJ)!

We are planning some special ways to celebrate the milestone, including a 150th anniversary special edition in our May/June issue and some celebrations at the annual TTJ Awards.

The first edition of TTJ was published on Saturday May 3, 1873, initially as a fortnightly paper “for use by timber importers, merchants, contractors, builders, cabinet makers, joiners, carpenters, pianoforte makers, packing case makers and all consumers of wood”.

It was based in Bartholomew Close, London initially before moving to Fleet Street as part of the Benn Brothers publications stable.

At the time, London was the biggest city in the world and Queen Victoria was reigning on the English throne. The country produced more steel than the rest of the world put together and cars had not yet been invented.

Timber prices were on the rise – as much as 25% up during the spring of 1873 – thanks to strong demand and the poor winter weather limiting log extraction operations in the forests and during onward travel.

“The trade has changed so much in the last 150 years,” said TTJ editor Stephen Powney.

“The structure of the industry, the products on offer and the way timber is bought and sold look very different now compared to the 1870s. We are incredibly proud that TTJ has reached this milestone and look forward to celebrating it in 2023!” 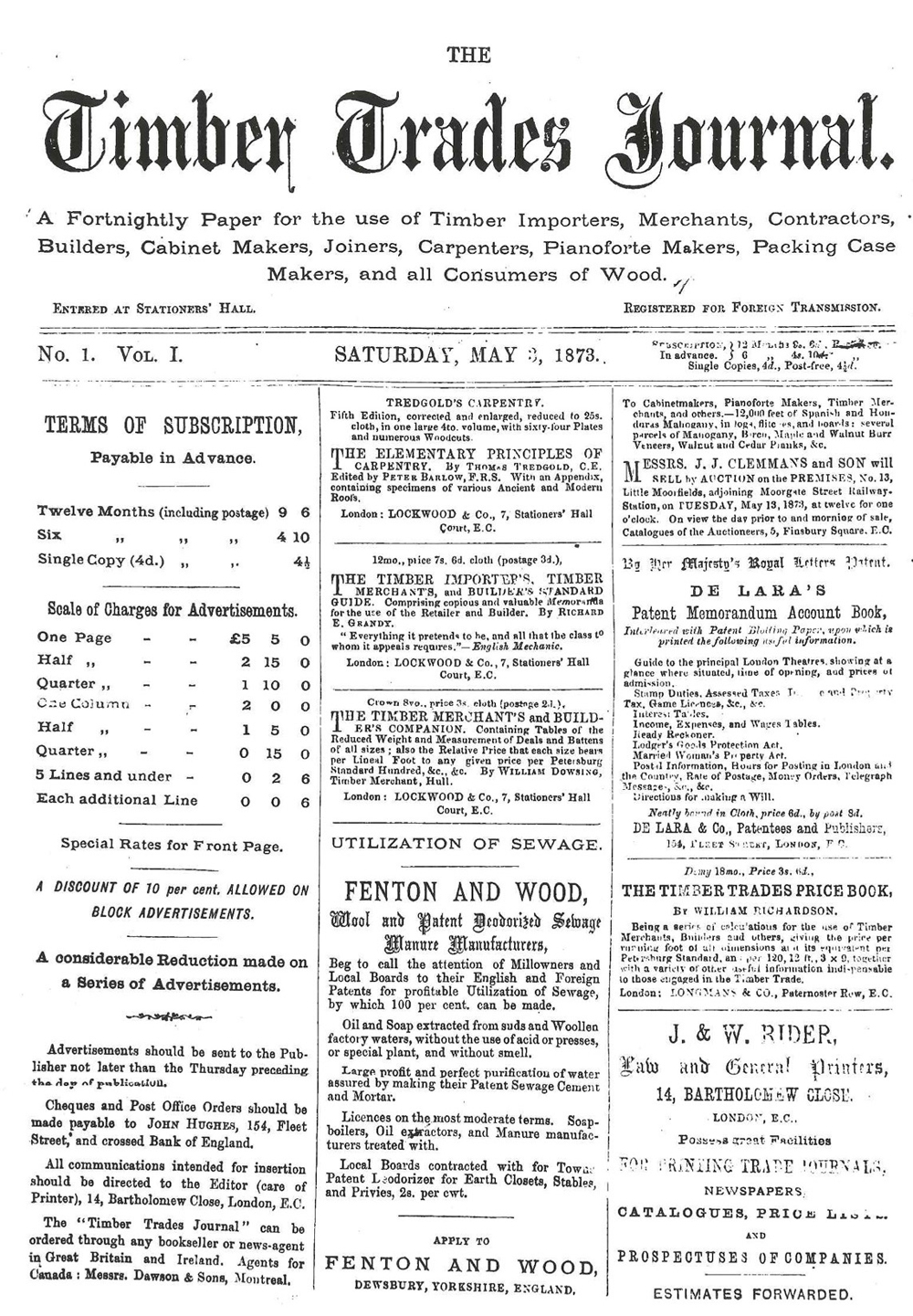