Wood-based panel producers in Europe are likely to face a complicated winter due to the multiple challenges of reduced demand and increased energy and raw material/supply costs, a top industry executive told a 300-strong panel sector audience in Hamburg on October 13.

Martin Brettenthaler, chairman of the European Panel Federation (EPF), speaking at the 12th international Wood Based Panels Symposium, admitted the industry was facing a “perfect storm” due to soaring energy prices, heavy increases in resin prices and also increased wood raw material costs because of less timber being exported from Belarus and Russia.

The war in Ukraine, he added, was a “game-changer” for the entire industry in exacerbating these impacts, though he said this was not all a fault of the conflict.

Mr Brettenthaler criticised the German government’s heavily green energy focused policies (so-called “Energiewende”) over recent years as causing an acceleration of the energy crisis facing the industry. Such policies, he said were “delusional”.

“The real issue is not the boycott on Russian gas but that there is no realistic substitute available for nuclear power and fossil fuels. We need to increase energy supply and use nuclear power and restart coal-fired power plants and instead of importing Canadian shale gas use our own.”

He shared statistics with delegates showing how the cost of European MDF production had doubled since 2019.

“Demand for our products is going down with dramatic speed,” he added, explaining that part of this was due to the Covid effect having pulled demand forward. He predicted a major economic downturn in the next 6-12 months but a sharp rebound in a V-shaped curve.

Despite the bleak short-term picture, Mr Brettenthaler remained optimistic for the future of the wood-based sector.

“I believe that wood-based panels will have a strong future and we will have a lot of things going for us.” 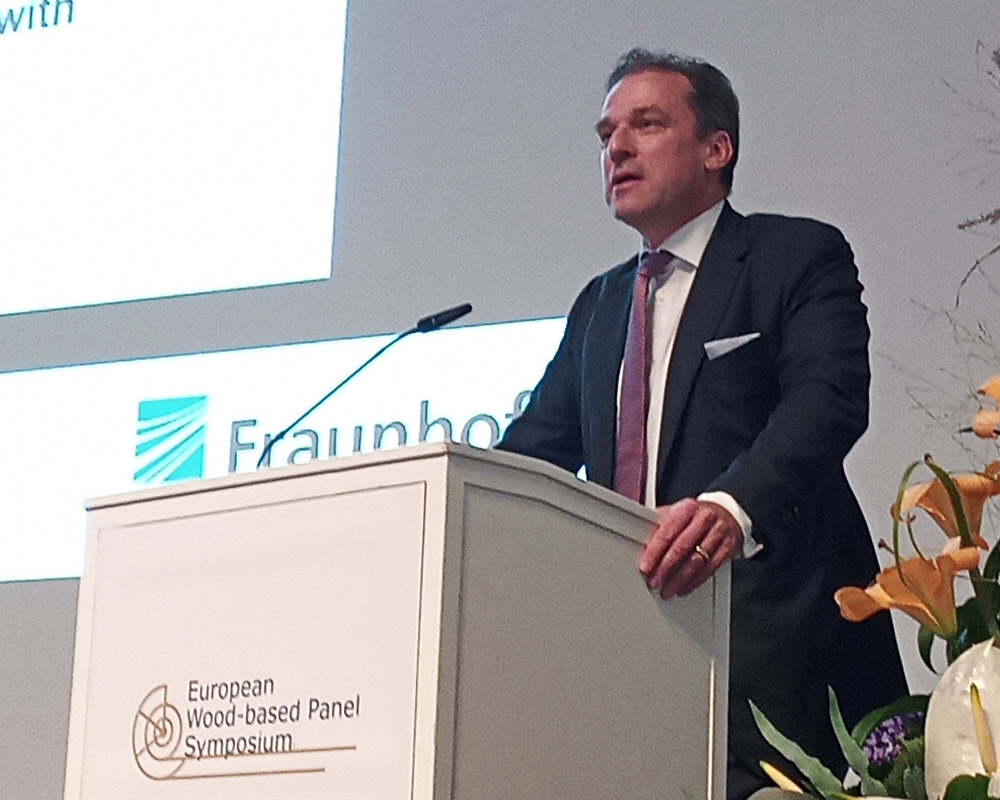