On the front page of this issue is one of the most striking recent applications of timber I can remember. It is in the City of London at the new HQ of Bloomberg and was designed by renowned architects Foster and Partners.

For the media and data giant to specify timber products on such a massive scale – 37,160m2 of wood was used for the floors alone – is a real feather in the cap for the wood products trade.

The American Hardwood Export Council is understandably pleased that American timber species were chosen for the project.

Red oak features prominently in the floors, glulam beams and the cladding in the striking signature Vortex lobby.

Project architect Michael Jones say businesses now want their buildings to have a different sense of personality and be more responsive to people who work in them. Timber, he says, is rather successful in delivering both these things. “People warm to it and it makes them feel better about their environment.”

Bloomberg is said to be very pleased with the results and this should all be music to the ears of the timber industry.

More projects like this and Maggie’s Centre in Oldham, featuring ground-breaking use of tulipwood CLT, will help to inspire other architects and designers to specify timber products with confidence.

Elsewhere in this issue, we report in detail from Timcon’s general meeting where supply was again raised as an issue. There is extensive comment from Timcon president John Dye and past president Gil Covey, who talked to TTJ after the meeting.

They said there is difficulty in the sector, with pressure from sawmills for pallet manufacturers to cut down on some of their timber sizes, but on a positive note they said Baltic supplies had resumed and the industry was resilient.

And in our panels sector focus (pg35), we report that markets for the three main board types manufactured in the UK started positively in 2018, with OSB seeing the strongest growth across Europe.

She has appeared on Michael McIntyre’s Comedy Roadshow and regularly on television in programmes like Have I got News for You, Mock the Week and Never Mind the Buzzcocks, as well as having her own radio show on Radio 4. She has also forged a fantastic reputation as a great event host across the UK.

The judged awards are now open – if you’ve had a successful marketing campaign, some great career development candidates or have been involved in a ground-breaking engineered wood project please contact us – the entry forms are appearing on the website soon. 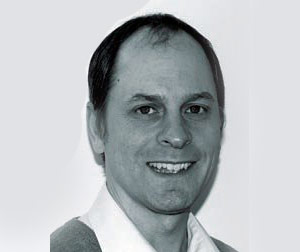