A combination of a resurgent home market and export demand is filling the order books of the French timber sector. One key concern, however, is raw material supply, writes French Timber managing director Jean-François Guilbert

For the past year, the French economy has finally been sharing in the worldwide recovery and benefiting from trends that seeded first in the US before spreading globally.

Consequently confidence has returned to French consumers and industry alike. But what has been driving the French lumber business has been first and foremost external factors.

On the softwood side, France remains a net importer. Higher prices in the US and China, together with improved demand in the Netherlands and Germany have shifted many usual trade flows to new markets. So supply for once drifted lower than demand on the French market, allowing French sawmills to increase prices on January 1 and again in June.

Mills generally report a minimum three-week order book and some sawmills are even adding to revenue by starting to export to the voracious US market.

On the hardwood side, the situation remains critical for many oak sawmills. And again, it is a supply more than a demand problem issue. Export of logs to Asia has reached new heights, driving log prices to unprecedented levels.

As harvesting is decreasing at the same time and demand remains strong across Europe and Asia, most oak sawmills are refusing new orders and customers in order to keep existing clients happy.

Latest log sales have, in fact, shown prices up again by up to 20%, which will lead to lumber price rises after the summer. Due to scarcity, customers seem willing to accept all products as long as it’s oak; demand is up across fresh lumber, boules, squared edged, sleepers, even finger-jointed products.

Beech lumber is also experiencing robust demand in North Africa and Asia, especially China. Prices have been climbing since the beginning of the year, with rising freight costs adding further inflationary pressure. Demand for French ash is gaining momentum too, thanks to higher prices in oak, which are persuading some furniture manufacturers to shift specie.

Exports of French sawn timber have been increasing for the past few years, becoming an increasingly significant factor for most sawmills. Softwood lumber exports have increased by 79% between 2011 and 2016 to reach a record 770,000m3, although a small decrease is anticipated in coming years due to better demand in France.

Exports to the UK are increasing, but remain marginal compared to sales to Spain, Belgium and the Netherlands. However, the UK remains a key market for French oak lumber, reaching 45,000m3 in 2017. That said, China is now destination number one. A difference between the two markets is the range of French products they take, with the UK buying boules, dimensioned lumber and flooring, China mainly selected boards and baulks – then there’s the small question of scale.

Tightening of supply will remain the key issue in the future, not only for sawmills looking for logs but also for customers and users who will need to create a strong connection and supply chain with lumber suppliers in order to have enough raw materials for their daily operation 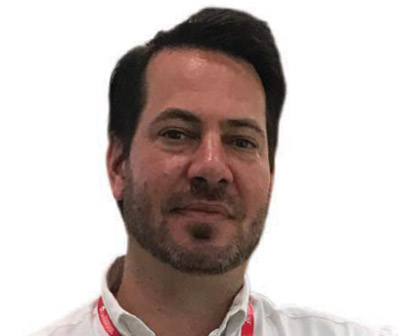