We are facing the sixth year since the financial crisis began. It seems that the recovery in the US is taking place, albeit slowly. The Chinese economy is continuing its favorable development irrespective of fears that it was going to slow down. The MENA markets are reasonably strong even with their social and political uncertainties.

Even Europe's prospects are less gloomy. But until structural issues, such as the reduction of private debt level and youth unemployment, are solved, we are unlikely to see robust growth in Europe. Nevertheless, the general feeling in the beginning of this year, like each year after the start of the financial crisis, is moderately upbeat. Hopefully this year we will not be disappointed like all previous years.

For the first time in a long time softwood sawn timber prices have increased during consecutive last and first quarters (Q4 2013 and Q1 2014). The supply/demand balance is improving and this is very welcome for everybody in the industry. It is important to note that the recent development has been supply driven rather than demand driven. Raw material availability in almost all major production regions is poor, with log prices high and not in correlation with sawn timber prices, thus, resulting in the poor financial performance of the industry.

Total European consumption of sawn softwood (ISC participants excluding Russia) in 2013 is estimated to be around 64 million m³. In 2005, the figure was about 78 million m³. One should not use 2007 or 2008 consumption figures as a benchmark, as development in consumption in those years preceded the burst of the bubble, with consequences we all know.

During the past five to six years European sawmills have developed strong new markets. The MENA, ex-CIS and Far East markets are unlikely to disappear from the scene. On the contrary, they will probably continue to increase their purchases from the European sawmilling industry as their economies develop.

With European demand eventually picking up, the question to be asked is where is the wood going to come from? A European consumption increase, of only 5 million m³, for example, together with the current raw material problems, will most likely create an unprecedented situation in the market.

Saying all this, we are not going to run out of wood. During previous boom years this has never happened, and it will never happen. The total European annual forest increment is estimated to be about 700 million m³ and the total volume of felling only 484 million m³. What the sawmilling industry will need to do, is mobilise more forests for its needs, but at the same time improve its financial performance. A challenging task when the pulp log market is not expected to recover noticeably.

This means that we had better be prepared for fundamentally new sawn timber price levels. Prices in general terms will increase as sawmills cannot access raw material at old price levels in most main European production areas, and there is more demand coming from new markets. During periods of accelerated demand, and before mobilisation of raw material, prices can increase more rapidly than desired followed by corrections. But the trend during the coming years will be upwards - and all this could happen sooner than we think.

Hopefully the industry will keep part of the price increases to itself and not pass everything upstream, as has been the case many times before. We need to invest in the future of the industry in order to keep it modern and dynamic. It is in nobody's interest that the industry becomes unattractive for future generations to work in. 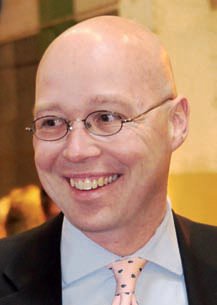