Only with uniform enforcement and due diligence support for importers can the EUTR keep illegal timber off the EU market, says Indra Van Gisbergen, forest and development campaigner at NGO, Fern

In 2017 a civil complaint was lodged by NGO Conservation Justice against Wan Chuan Timber Sarl (WCTS). The Chinese company, which manages 150,000ha of Gabonese forest was accused of illegal logging and evading millions of dollars in taxes.

Last year the Environmental Investigation Agency (EIA) released an undercover recording of a director of the business acknowledging that it over harvested its concession and logged outside it.

Subsequently, in August 2018, a Gabonese tribunal found WCTS guilty of logging beyond its concession and fined it.

But that’s not the end of the story. On a 2018 visit to the Port of Antwerp, NGO Fern found a consignment bearing the WCTS logo. The padouk had been imported by a Belgian company. Customs were alerted, the timber was blocked and the importer investigated for suspected violation of the EU Timber Regulation (EUTR).

The business maintained that it had ended its relationship with WCTS in 2018, but the EIA said its case was no anomaly and that WCTS had been exporting timber to Europe every two months over four years.

Overall the case highlighted continuing issues with the EUTR and obstacles facing those tasked with enforcing it.

Among them, said Filip De Jaeger, deputy general manager of Belgian textile, wood and furniture federation Fedustria, is that carrying out EUTR due diligence varies widely from one country to another, with operators struggling to track developments in some sourcing countries.

“Due diligence is not an exact science, nor is the procedure 100% fixed,” said Mr De Jaeger. “Importers expect the authorities to give clear guidelines on how it’s carried out.”

He said due diligence involved “a certain margin of interpretation, and it’s not obvious for either operators or CAs to deal with”.

“It’s a major challenge co-ordinating it at European level and to arrive at a uniform implementation,” continued Mr Raets.

More rigorous enforcement could come from scientific advances in identifying timber, which will assist operators to achieve due diligence and allow CAs to uncover fraud. Mr Raets said CAs having sufficient staff throughout the EU would also help achieve a levelplaying field and strengthen implementation.

A European timber importer Fern spoke to also identified a broader problem. Focusing negative criticism only on the EU would not solve the problem, he said. This would lead to timber going increasingly to countries elsewhere. EU importers, he said, must be encouraged “to do their jobs the right way, which would encourage good producers in supplying countries”.

Lukasz Walter, of environmental law charity ClientEarth, maintains that the EUTR remains a strong tool in the fight against the illegal timber trade.

“But, unfortunately, it’s unevenly enforced across the EU. It should be a priority to ensure penalties for infringements are dissuasive in all EU member states and that NGOs have access to justice in EUTR-related cases.”

It’s clear that without such improvements illegal timber will still find its way onto the European market. 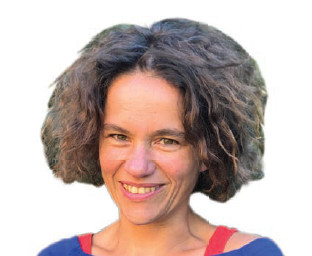