Norbord has come to the rescue of the 2nd Torwood Scout Group, which had worn out the flooring of its meeting hall.

The company donated CaberFloor P5 flooring to cover a total of 720ft2 to replace the old hall floor. Norbord previously supplied the flooring for the new part of the hall in 2014, so has covered 2,275ft2 in total.

“As a business at the heart of the Cowie community it is important that we support local groups and organisations wherever we can,” said Nick Fedo, general manager at Norbord’s Cowie plant. 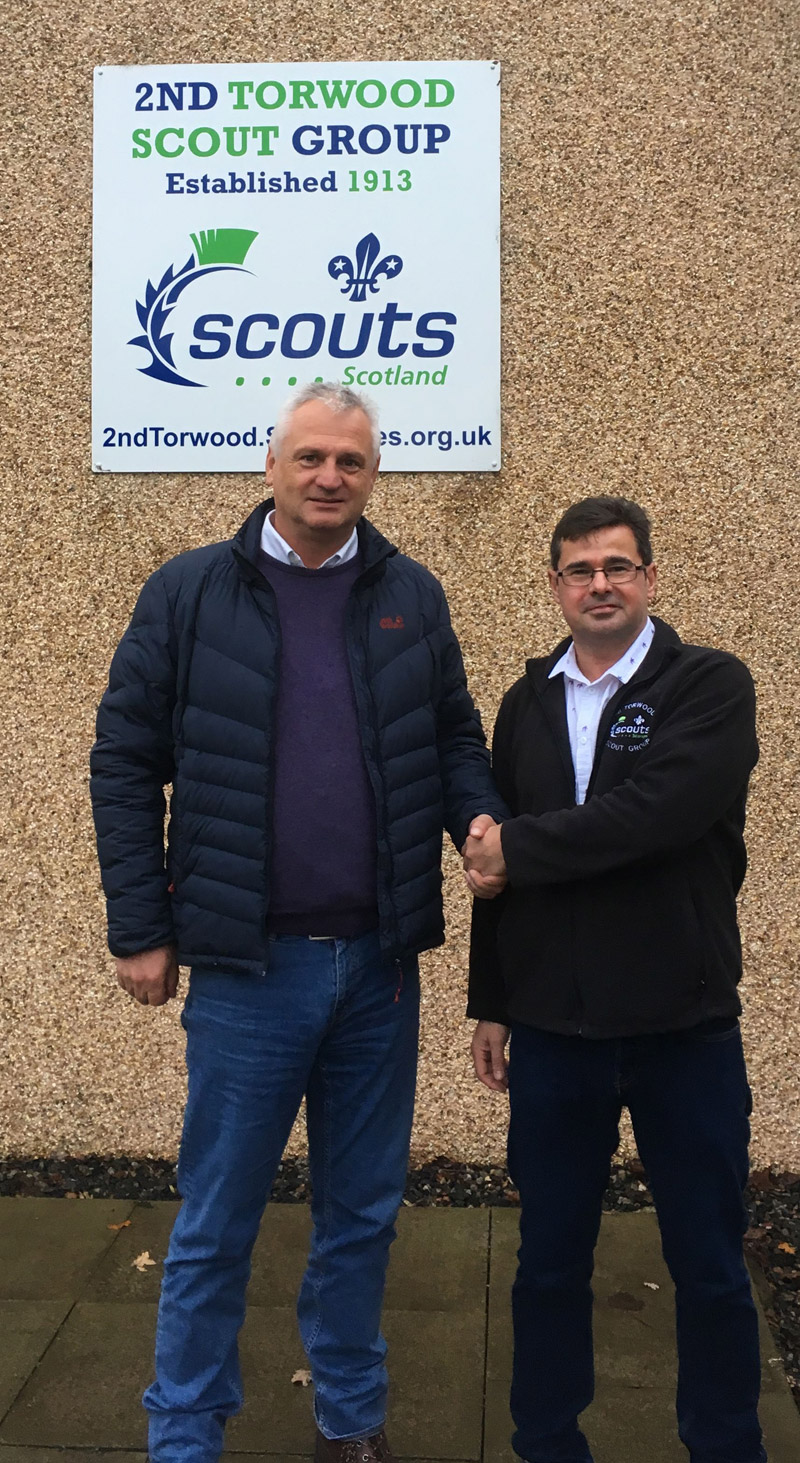