The gap between industry and education is perceived to be widening. Industry complains that school leavers and graduates are not prepared for the demands of the work environment. This may be true. One institution that has been narrowing the gap is the Rycotewood Furniture Centre, now part of City of Oxford College.

Rycotewood has an impressive history of preparing students for work. It has been training furniture makers for 80 years and in the furniture industry it is regarded as a centre of excellence without peer. It can boast (but doesn’t!) it has the active support of Ercol, Benchmark, William Hands and numerous furniture designer-makers.

This year I was a visiting furniture designer-maker tutor for the second-year foundation degree storage project. Following discussions with Joseph Bray, the course leader, I suggested I approach the American Hardwood Export Council (AHEC) to donate timber for the project. I didn’t think they would begrudge donating 20ft3 of hardwood and I knew such a contribution would relieve the students of another out-of-pocket cost. I had a timely telephone conversation with David Venables, European director, who recognised an opportunity to explore the potential of red oak in furniture applications.

Over a three-month period, the student tutorials were also the subject of observation by David and his team. I subsequently learnt the surprising fact that this project was the first opportunity AHEC had ever had to observe the whole creative process from the initial brief through to the design and making process. Students responded to this project with an impressive level of commitment and creativity. The combination of an independent designer maker and an international organisation from industry galvanised the students to do their best work. Some of them adopted a high-risk creative strategy; the results are testament to their emboldened efforts.

As a practitioner I enjoyed mentoring the students who were responsive and engaged in my tutorials. I know that AHEC gained an unprecedented level of insight into the creative process, as well as being rewarded with some genuinely stunning furniture that presents red oak as a viable alternative to the traditional European and North American white oak.

Our task was made easy by the support we were given by Joseph and his team who have created a vibrant community at the Furniture Centre; a co-operative spirit pervades their workshops. The staff treat everyone with equal respect, whether they are a 16-year old school leaver with two GCSEs or an Oxford University graduate seeking a new creative career. The students clearly gained a lot from this form of collaboration with representatives from industry. It also worked the other way: as practitioners we were inspired by the students’ passion, commitment and creativity as well as the selflessness and generosity of the teaching staff. 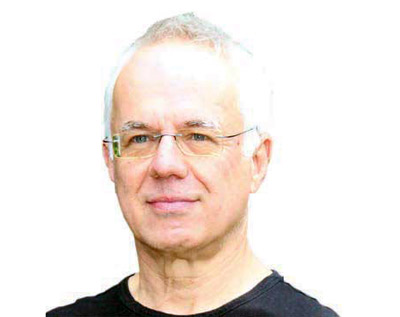