A question of confidence

As I write this, England was preparing once again to go into another lockdown, albeit a shorter one.

The direction of the pandemic during this upcoming winter period and how Brexit plays out will be key elements to the performance of the economy and general business confidence.

In this issue we have a lot of market updates – for softwood, hardwood and an update on Ireland – in which we talk in more detail about these factors.

Our softwood markets specialist reports that product shortages and rising prices are the order of the day, with even Nordic redwood fifths now trading below carcassing prices. Buyers who can get this redwood in 47mm thickness length packaged (rather than the standard 50mm) and have a licence to strength-grade have started selling them for building timber instead of joinery.

We also carry a report of the virtual International Softwood Conference, which attracted a large online attendance. Delegates heard that Europe had initially seen a slump in construction demand and from January to May a 11.3% softwood import contraction.

But recovery had been stronger and faster than expected from May through July, with only a small drop in imports now forecast for the year. And for 2021, European softwood consumption is forecast to increase by 2.3 million m3.

On the UK hardwood front, traders seem now to be heaving a sigh of relief. While business may not be back to normal, the sector has seen sales improving since May.

There’s no doubt the hardwood sector is in a much better place than it had anticipated several months ago. In this issue, we also report on the first-ever virtual TTJ Awards, which was held successfully on September 25.

This year it was a different kind of awards, focusing solely on the core trading categories and widening the event to include other content such as an industry Covid-19 response short film, a focus on low-carbon and a film showing the American Hardwood Export Council’s Connected project.

And guests had the opportunity of communicating with each other in a dedicated Networking Lounge, which saw about 180 messages posted.

While we would no doubt prefer enjoying a drink and being entertained in a central London venue, it was more important than ever this year to ensure the Awards was still held – digitally – so people could unite and gather together, celebrating something really positive.

Many of you have said it was a fun and engaging event. We also really enjoyed putting it together. Can I urge anyone that has not done so already to support the Awards’ nominated charity – the TTBS – by donating to it on the JustGiving link: https://www.justgiving.com/ fundraising/ttj-awards so we can reach the £2,000 target. 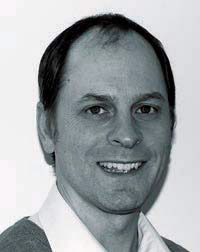