COP26 could have done better

New initiatives were announced at COP26, but some didn’t live up to the fanfare, according to Chiara Vitali, forest governance campaigner at forests and rights NGO, Fern

Forests were everywhere at COP26, from Nature Based Solutions (NBS) stalls to Pakistan’s 10 billion tree tsunami project, leading some to call this the ‘Nature COP’.

Yet despite some positive steps to protect the world’s forests, there were also alarming shortcomings. Unless they’re addressed, the prospect of a low carbon, nature positive and climate resilient future will be unattainable.

The Glasgow Leaders’ Declaration on Forests and Land Use was billed as COP26’s first big success. But analysts soon realised it did not stand up to scrutiny. Not only is it a rehash of previous unfulfilled commitments, but its promise to halt and reverse forest loss and land degradation by 2030 was so out of step with what needs to happen that it led to a viral article about a man planning to give up drinking alcohol by 2050.

NGO Earthsight highlighted the disparity between words and action, pointing out that Paraguay – which signed the Declaration – has submitted a Nationally Determined Contributions (NDC) plan under which its already huge deforestation rate will rise even higher.

On a more positive note, on behalf of the UK government, Lord Goldsmith announced that funding for Forest Governance, Markets and Climate programme (FGMC) will be doubled and continue for at least another 10 years. This is one of the few funds aimed at improving forest governance, so activists hope that this focus will remain.

The Forest, Agriculture & Commodity Trade (FACT) Dialogue was the UK presidency’s main mechanism for ensuring inter-governmental dialogue in the run-up to the COP, but it yielded a fairly vague roadmap full of commitments to “explore options” and “map” how to protect forests.

The Glasgow Leaders’ Declaration on Forests and Land Use announcement was followed by a spree of funding pledges. The key questions though, are whether the money will materialise, how it will be spent and who will be making such decisions.

What Fern wants to see is the UK and the EU turn this around, to reinvigorate the innovative Forest Law Enforcement, Governance and Trade (FLEGT) programme, and to come up with a strong deforestation law, and stop supporting the false climate solution of burning wood for energy.

But if there was hope at COP26, it was to be found on the streets of Glasgow, and in the refusal of so many climate activists to accept business as usual. There is also hope in the increased role and funding for Indigenous Peoples and Local Communities; in Greta Thunberg’s insistence on raising the voices of activists from Tibet to Kenya who are already seeing their lives and livelihoods destroyed; in countries such as Costa Rica and Denmark pushing for real change and an end to the fossil fuel industry; and in the thousands of side meetings where civil society came together to push even harder for real action, and for constructive ways to keep the oil and forests in the soil. 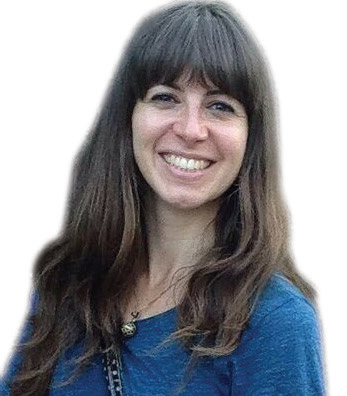