I never cease to be amazed by the lack of attendance from the UK at the International Softwood Conference (ISC), which I’ve moderated six times. We trade millions of cubic metres of softwood each year, yet we seem to ignore the two days of the year when experts from around the world provide key information and opinions are shared. My advice for softwood traders is simple: Go!

Almost 180 delegates attended this year’s ISC physically from as far afield as Japan, Canada, the US and Morocco and we also had a healthy number attending online (a few from Saudi Arabia).

We received an economic outlook from a Danske bank analyst, with specialist knowledge of forestry, alongside presentations from the organising associations, EOS and ETTF. Paul Brannen, past MEP and now director of public affairs at CEI Bois, focused on opportunities and threats for the sector.

Canada, the US, China, Japan and Russia were all represented by speakers. As we all know, at the moment our sector is experiencing a very difficult phase, which has followed some of the strongest trading ever recorded. It’s an incredibly difficult time. The US market is fearful of further interest rate rises slowing off an already declining new build market. Instability in Europe and the huge energy crisis is indicating worse to come. The UK, Europe and others have blocked Russian and Belarusian softwood imports and that will eventually impact on availability, but for now supply outstrips demand.

Japan has an aging population, but alongside that the demand for new build remains strong. Young people want a brand new ‘fresh out of the box’ home. Replacement of existing housing stock remains as a very large market. China is still coping with vast numbers of Covid shutdowns.

Alongside the general malaise, there are other issues. On the positive side we heard about the growing development of different uses for wood fibres. Against that the EU has been throwing itself at new policies around environmental regulation for all manner of agricultural products, including timber, forestry and harvesting. These were set out, alongside the probable impacts that these will have on the EU softwood sector. As if life is not difficult enough, overbearing regulation seems to be waiting in the wings.

While this might give the impression of being a very sobering set of presentations, the mood remains stoical and surprisingly positive. Ongoing capital investment remains, as the sector tries to gear up for future trends. While we may see the huge energy cost increases as problematic, imagine what it’s like for competing products such as concrete and steel.

Softwood has some huge advantages as we move forward. Come to the ISC in Vienna in 2023 and you might well grab a nugget of gold that’ll help your business to move forward. 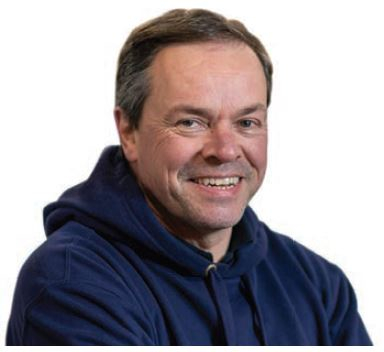