Moving with materials and machinery times

More than ever, say producers, the mouldings market is about responsiveness to interior design trends and flexible, efficient, cost-effective manufacture. Mike Jeffree reports

It’s been a testing nine months for the mouldings sector, with market caution triggered by Brexit and the election leading into the current health crisis. However, growth has persisted in areas of the market.

Manufacturers have also continued to develop new products, exploit new and different materials and invest in new plant and technology, giving them the resilience, they maintain, to deal with current uncertain times.

According to MDF mouldings specialist W Howard, 2019 was a year of two halves. The first part of the year was buoyant, with 15% growth in sales volume and value, but the second six months were slower, in line with the wider economy and marketplace.

However, growth has continued in the DIY sector, particularly for the company’s Kota range.

“New housebuilding was where we saw biggest demand last year, but there was good growth in DIY in the second half,” said group commercial director Simon Fleet. “That was partly online sales through Homebase coming back, but we also saw an upturn across other distributors, such as B&Q.”

He attributed this to consumers’ tendency to ‘improve not move’ when housebuilding and property markets slacken.

James Donaldson Timber (JDT), which sells exclusively via the merchant/distribution sector, also reports continuing healthy sales to date. “Feedback suggests commercial demand has been very strong,” stated the company, “with MDF mouldings continuing to grow at the expense of softwood.”

Meanwhile, contract and bespoke mouldings specialist DW Mouldings has had a busy first quarter in 2020, and it’s recently got busier.

“We’re running at full tilt,” said managing director David Howard. “It’s difficult to put your finger on any one factor to explain it – it’s probably down to a combination.

Construction has been reasonably busy for us – and many sites are still open [with government advice at time of writing that sites could work during the coronavirus lockdown provided they follow official health guidelines].

“There may also be an element of householders taking on refurbishment jobs now they’re staying home. Our trade milling service is very strong, with coffin mouldings the main focus. With funeral directors categorised as a key sector in the current crisis we are an important part of their supply chain.”

DW remains an exclusively hardwood mouldings manufacturer, but reviews and varies its mix of species in response to market developments, design trends and bespoke customer demands.

We’re also using more laminated hardwood due to its uniformity and defect-free yield benefits. There’s definitely a market out there for modified and laminated wood mouldings.”

“It continues to be the timber specifiers and consumers want, although we do use some European oak for customers who want to ammonia-fume it to obtain a darker shade,” said Mr Howard.

Red oak is the staple for coffin mouldings. But DW does not see the American species gaining significant traction in the wider mouldings market for the time being.

“It’s just not being specified, despite the fact it’s so much cheaper than American white,” said Mr Howard. “There may be opportunities for it in the future, but it really needs high profile promotion in the market place, to get into the home style and social media and be seen by the designers and architects – you need to influence the influencers. It’s what worked for walnut.”

The company is sending out increasing volumes unfinished, and reports primed product becoming many customers’ product of choice. “Our ratio of lacquered to primed used to be 90%/10%,” said Mr Howard. “Now that’s completely reversed.”

Putting on the style

“There’s a trend towards more contemporary square and grooved profiles in MDF, while more traditional styles, like torus and ogee are more in demand in softwood,” it said.

“People want products they can buy, cut and fix,” said Mr Fleet. “They also want a guaranteed quality finish. They don’t have to spend time painting them.”

While it also sees a continuing market for natural wood finish mouldings, W Howard is finding demand strong for painted, coated and wrapped products and expects further growth across this spectrum – and their appeal, it says, is not only down to the fact they allow customers to achieve a luxury, co-ordinated interior design finish.

“Putting wraps and veneers over MDF or softwood timbers also helps minimise wastage thanks to fewer sections of wood needing to be discarded due to knots or warping, which is increasingly important as awareness grows of the need for sustainable building,” said Mr Fleet.

W Howard has also recently introduced a new range of laminate, PVC/vinyl and veneer finishes, as an addition to its foil and real wood veneers.

“We can also offer wrap finishes on to timber cores as well as MDF, for projects where MDF is unsuitable – such as those specifying PAS 24 and Secured By Design door frames,” said Mr Fleet.

By volume the bulk of Cheshire Mouldings’ sales are in pine, but it reports demand for oak on the increase.

“Primed mouldings also seem to be on the up, with our sales on a continual increase,” said the company.

In terms of investment, DW brought a new Weinig Powermat 2400 on stream last year, configured to its specification with eight heads.

“It replaced a six-head moulder and has made a real impact,” said Mr Howard. “It’s highly automated, with push button set up.

It gives us higher output, runs better and is more flexible and accurate than our previous machine. When the time comes to replace another of our existing moulders, we’ll consider a second 2400.”

The company is also in the process of developing a new website, which will give customers access to an easily navigable library of 5,000 moulding profiles.

Latest capital spending at Cheshire Mouldings means that this month it will have five fully operational Weinig-equipped lines capable of running at 60m/min producing all its small-section mouldings.

W Howard says it continues with a rolling technology investment programme across its sites geared to boosting efficiency and product quality. It has also opened its new Manchester distribution centre and introduced new Mercedes-Benz trucks to its London fleet to comply with the capital’s ultra-low emission zone.

The company has been spending too on new sales and marketing tools for its merchant and retailer customer base.

“We’re introducing new sample boards for merchants so they can more easily display our wide range of finishes and are about to sign off a new brochure containing more information about latest products,” said Mr Fleet. “Last year we also launched a new website to make it easier to find information on products and for our latest wall panelling kit range, we’ve produced an installation video for merchants to show their customers.”

“We’ve had our new stair part ranges made up into ‘silent salesmen’ and also launched a new trade catalogue so all items are in one place for customers and their customers to use,” said the company.

Manufacturers are having to adapt to the current health crisis of course. DW’s response, for instance, has included looking into ways to minimise contact between personnel and customers for bespoke profiles, including asking them to send in mouldings for copying and pay by phone. Work has also been arranged so staff can keep a minimum of 2m apart.

But for the longer term, like other mouldings producers, the company remains positive.

“Times are challenging, of course, but we’ve continued to put cash back into the business, so we’re in a strong position,” said Mr Howard.

W Howard also acknowledges that the COVID-19 pandemic is making the year ahead unpredictable, but maintains that market fundamentals are still sound.

“All parties agree we need more houses and planning system reform is under way to make it easier for new houses to be built and existing properties to be refurbished and expanded,” said Mr Fleet.

“At the same time, interest rates remain low and once we’re out the other side of the pandemic and the industry can get back to full-strength, we see a lot of potential for the mouldings sector in particular.”

Further underlining W Howard’s confidence, he added, it is having new premises built in Manchester to bring head office and production under one roof. It expects to move in in the coming months.

Cheshire Mouldings also has “great expansion plans for the next 12 months”, while JDT reports that some developments are on hold, but a new website and support materials are in development. “We also have significant plans for further investment in production facilities for all mouldings,” it said. 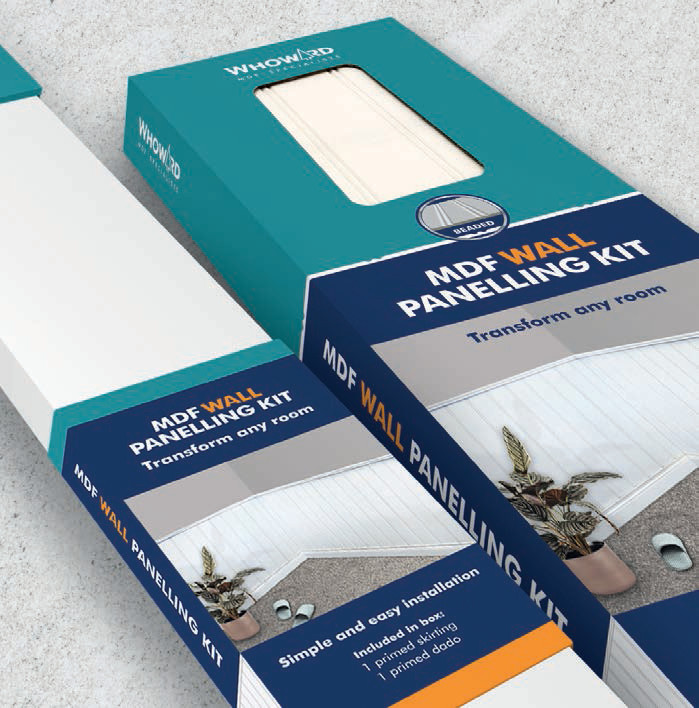 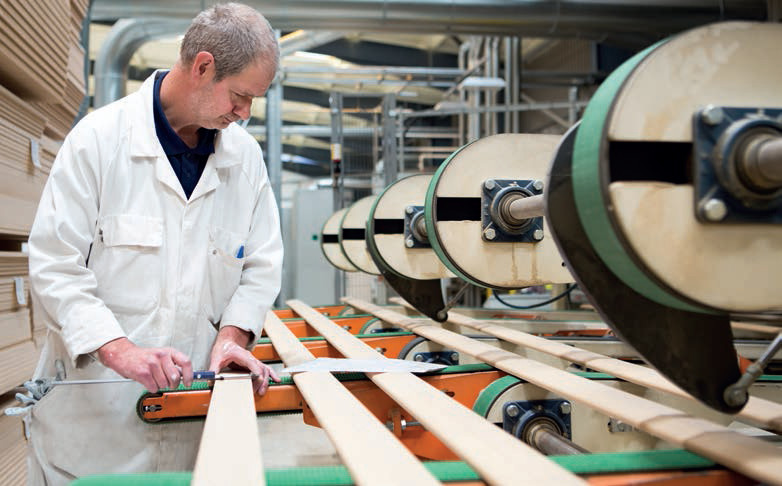 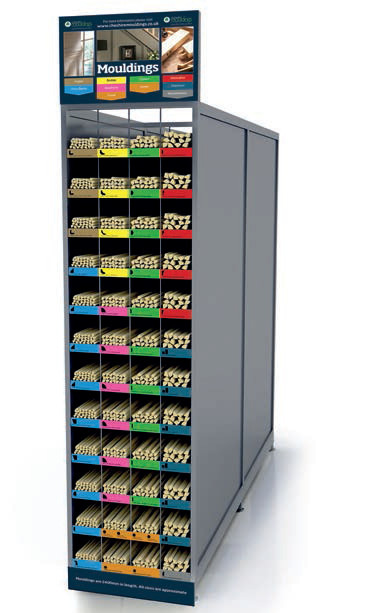 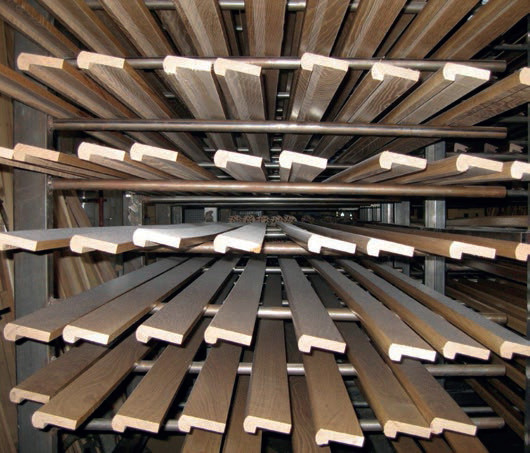 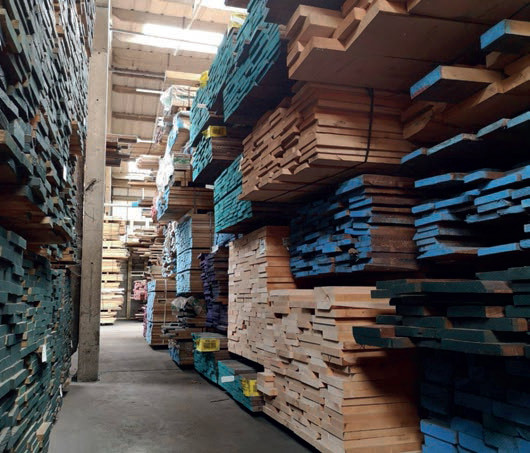