It’s been a busy year for Grown in Britain and it's set to get busier. CEO Dougal Driver explains how the movement has transformed demand and is now acting to drive innovation in the supply chain and change the public perception of woodland management

The last 12 months have been extraordinary for Grown in Britain, and we're expecting even greater things over the next six months.

During 2013, our aim was to raise awareness of what Grown in Britain is and what we wanted to achieve - to create a market for sustainable British timber. Our work was built around a series of activities that culminated in October's Grown in Britain week and our first ever report on the sector - now available on our website. The response was incredible and we're already seeing real change, with more woodland being planted, demand for timber increasing and prices beginning to rise.

This year is just as significant and our first step has been to establish Grown in Britain as a not-for-profit company and develop our licence - a stamp that assures the buyer that the wood has been Grown in Britain from well-managed woodlands. From this summer, companies and individuals wanting to grow, specify, transport, store or sell British timber will be able to apply for a licence that verifies its home-grown status and is in line with the government's timber procurement policy and a compliant UK Forestry Standard management plan. This emulates similar 'made in Britain' initiatives in the retail and food industry and allows consumers, and other users of timber, to make a clear commitment to our British woods and forests which provide so much for our economy, environment, carbon footprint and society. The licence is a core aim of ours and will help encourage real change.

Major milestone Grown in Britain continues to gather pace in other areas too. In March we launched the first Grown in Britain woodland in Cranborne, Dorset. This scheme is a major milestone and was made possible by voluntary carbon mitigation funding from fuel distributor BWOC with support from Forest Carbon Ltd. Mitigation schemes aren't new, but the 123,000-tree woodland in Cranborne is designed for future harvest to provide local supply chains with high-quality, British-grown timber. Environmentally that's important, but the future economic value is critical too: profits made from selling timber are channelled straight back into the woodland to protect it for people, for wildlife and as a method for capturing carbon. Even better, what gets harvested, gets replanted.

We're making great strides with industry too. We have, for example, secured funding to assess the feasibility of building a thermal modification plant to add value to homegrown hardwoods - in particular ash - and have secured further commitments from UK construction contractors via the UK Contractors Group (UKCG) to use more British timber. That's a huge area of interest for us as the combined UKCG membership has almost £27bn in buying power in this country and their commitment to Grown in Britain is very significant for us, and for landowners and managers wanting to find end markets for home-grown timber. Economically, it's a strong case for change.

The next six months are very exciting and our focus now is on delivering more of our promises and aims we set out to achieve at launch last year. Sustainability of woodland supply and demand is at the heart of this, so we'll be focusing on leveraging funding and investment in woodland creation from the private sector as we continue to stimulate interest and demand for British timber in the construction and retail sectors.

Making investment easy and attractive will be a key part of this process and, as this article is published, we will be launching our unique Forest Carbon investment scheme that will give individuals, organisations and corporations an option to balance their carbon impact through Grown in Britain under the robust umbrella of the Woodland Carbon Code. There is also real interest in sustainable investment in the UK so we have created a fund for directing pure investment and corporate social responsibility funds from business into the creation of new productive woodlands. We will also gather and use these funds to make a step change in the management of existing woods that need some serious TLC to get them fit and fighting for our wildlife, carbon, jobs and beautiful wood products.

Grown in Britain continues to inspire change, and interest continues to propel us forward. We'll continue to drive awareness, and this year's Grown in Britain week - starting on October 13 - promises to be even bigger and better - but our role now moves from winning hearts and minds, to ensuring demand and supply are met sustainably.

It's an exciting challenge, but with the ongoing support from the industry, from government and from the public, the good news will carry on. 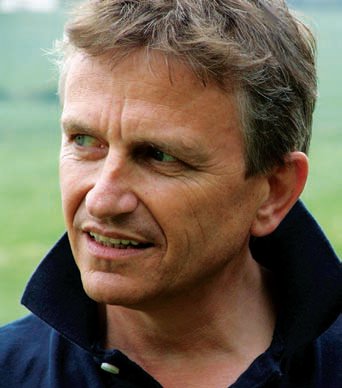