Wijma UK is supplying tropical timber for projects both in and beside the water. Sally Spencer reports

As a nation the Dutch are pretty familiar with holding back the water and companies such as Wijma and Accsys Technologies (see panel) have developed product ranges, services and technologies to do just that, both in the Netherlands and abroad.

In the UK several river and seaside locations bear the Wijma stamp. The new RNLI lifeboat station at Mumbles, south Wales is a case in point.

The challenge here was to install the new station on the listed 255m-long cast iron Victorian pier which, although structurally sound, wasn't deemed suitable to position a modern lifeboat station on.

The solution was to build on a frame that acts independently from the listed structure and, as part of this project, Wijma UK supplied FSC-certified ekki for more than 600m² of decking as well as replacement joists and pre-machined kerbs for the lifeboat station and fishing platform on the pier. Ekki was also specified for the £500,000 repair of the lead-in-jetty at West India Dock in London Docklands.

West India Docks were built in 1802 to accommodate large commercial sailing ships and for nearly 200 years ships unloaded sugar, rum and coffee from the Caribbean here.

"The jetty was last repaired over 25 years ago, with the latest refurbishment work expected to extend the life of the structure by another quarter of a century," said Damian Cole, Wijma UK's sales manager Wijma supplied the specialist marine contractors with FSC-certified ekki and Douglas fir in 75x225mm, 150x300mm and 300x300mm sections in lengths up to 10m for the replacement and repairs. These were installed using a spider crane, which enabled access inside the structure.

When it comes to lock gates, ekki and greenheart have been the species of choice. However, said Mr Cole, the Environment Agency is now looking to diversify and, where possible, use lesser-known species of hardwoods such as angelim vermelho, cupiuba, eveuss, okan and tali.

These species have been tested by TRADA and given an HS strength class and have been supplied by Wijma UK to Environment Agency coastal projects. These include Pevensey and Sandown on the Isle of Wight, where FSC-certified eveuss has been used. At Grafton Lock in Oxfordshire it was FSC-certified okan that was specified in conjunction with ekki.

Both sets of gates were due to be replaced between December and March but the flooding that afflicted so much of central and southern England meant that only the head gates have been replaced so far.

"Ekki was used for the frame of the gates with okan being used for the planking. This was supplied as pre-machined sheet piling," said Mr Cole. Widely used in Europe for bank protection, it is supplied in falling widths and machined with a tongue and groove profile.

"Okan sheet piling offered the most cost effective solution and kept to the budgeted costs for the project," added Mr Cole.

Other UK projects for Wijma have included the rubbing strips and coping timber for the lock chamber of Teddington Barge Lock; four safety gates (each weighing over 10 tonnes) on the Gloucester and Sharpness Canal; and the restoration of the Victorian Herne Bay Pier. Each of these projects used FSC-certified ekki. Aquatic life forms

A floating bridge is the latest aqua application for Accoya Accoya, which has already displayed its subaqua credentials in a submerged bridge and as canal lining in the Netherlands, can add another aquatic application to its portfolio.

The modified wood has now been used to create a 'floating' bridge in the Dutch city of Bergen op Zoom.

The bridge spans Pielekenswater and its design was inspired by the work of Dutch miliary engineer Menno van Coehoom, who built the 18th century Revelijn op den Zoom fortress in the same location. The 80m-long structure snakes across the water to mimic the journey of the boats that originally travelled there.

The deck of the bridge, which is made entirely from Accoya, sits just above the water.

"Accoya was the automatic choice," said Ro Koster of RO&AD Architects. "Its strength and durability combined with its construction flexibility made it the ideal wood to work with.

The project follows the success of RO&AD's Moses Bridge, a submerged structure made from Accoya. The bridge, which opened in 2011, provides access to the 17th century Fort de Roovere in the Netherlands.

The architects chose Accoya for the Moses Bridge after seeing the material used as canal lining.

In the UK, Accoya's durability in water is demonstrated at The Haven, a riverside house and boathouse in Horning, Norfolk. The project features Accoya cladding, decking and screening, and the lining around the water's edge.

Accoya, which is manufactured by Accsys Technologies, has class one durability and its dimensional stability means swelling and shrinkage is 75% lower than other wood products. 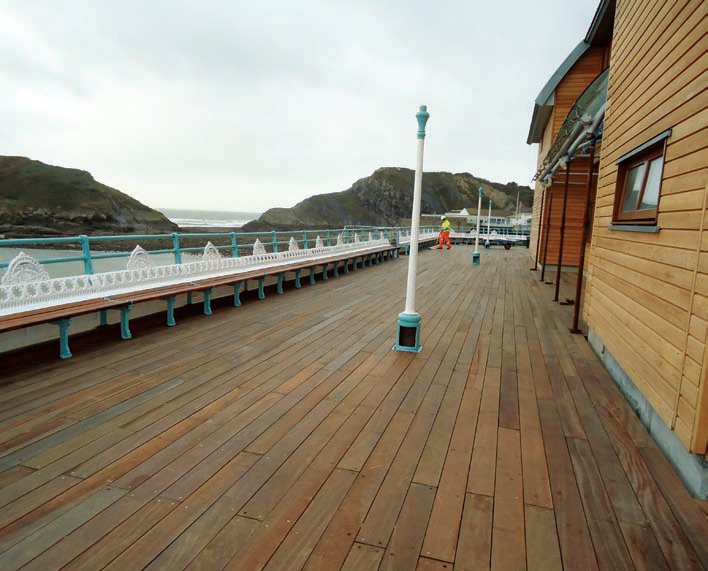 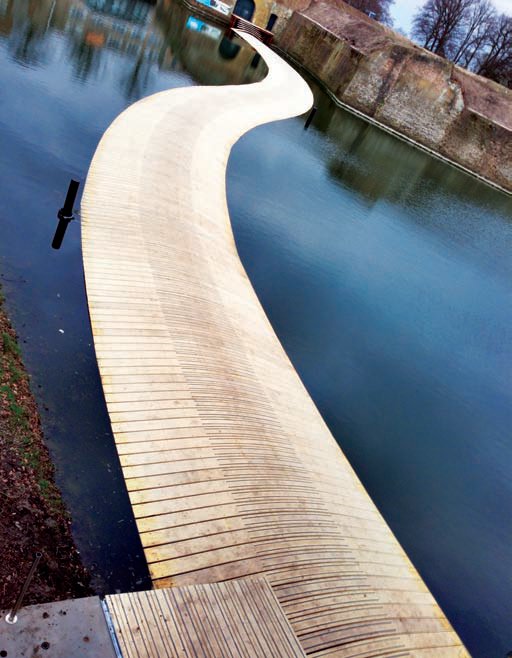 The floating bridge at Bergen op Zoom in the Netherlands 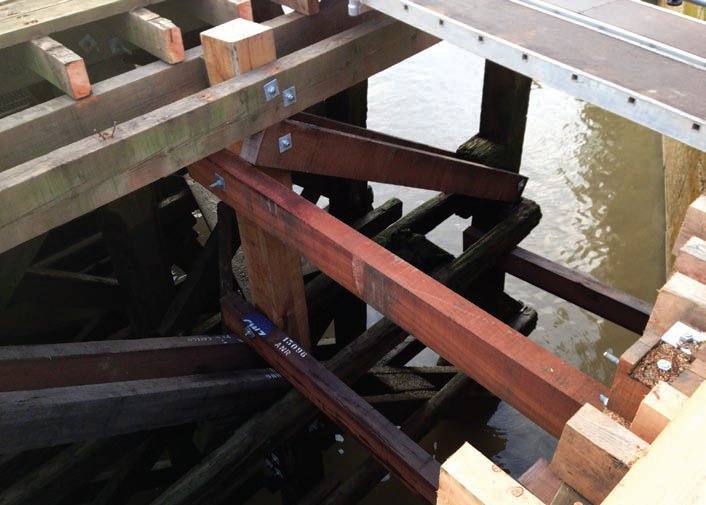