Seven timber industry associations in Germany have come together on a project to establish a new co-operative venture called the House of Wood based in Berlin.

The House of Wood is a workspace designed for co-operation and knowledge transfer which will contribute to an increased perception of the entire timber value chain to decision-makers and to people generally.

The idea of ??a joint association house for the timber industry has existed for several decades now but things accelerated quickly in recent times, with the establishment of the House of Wood concept in 2021.

The participating associations have now officially opened the Berlin premises, just 15mins from the Bundestag.

The partners will bundle knowledge, find synergies and promote co-operation to help the process chain from the forest, through production to the wood product, become more visible.

“With the location, a centre of networked work and an optimal framework for a joint exchange has emerged, from which the associations, their employees and ultimately the entire industry will benefit," explained DeSH managing director Lars Schmidt.

Workplaces, meeting and conference rooms can be rented in the House of Wood. The rooms extend over two floors on around 400m2.

On the ground floor there is a meeting room for 18 people with the Woodlab I, while on the first floor there are workplaces for over 20 people at desks and windows as well as private space desks.

In addition, the Woodlab II and III have meeting rooms for eight and four people respectively. All areas are equipped with modern technology for efficient and independent work.

The office is equipped with a variety of wood products and acts as like a showroom for the wood industries as well as being a practical hub for flexible working. 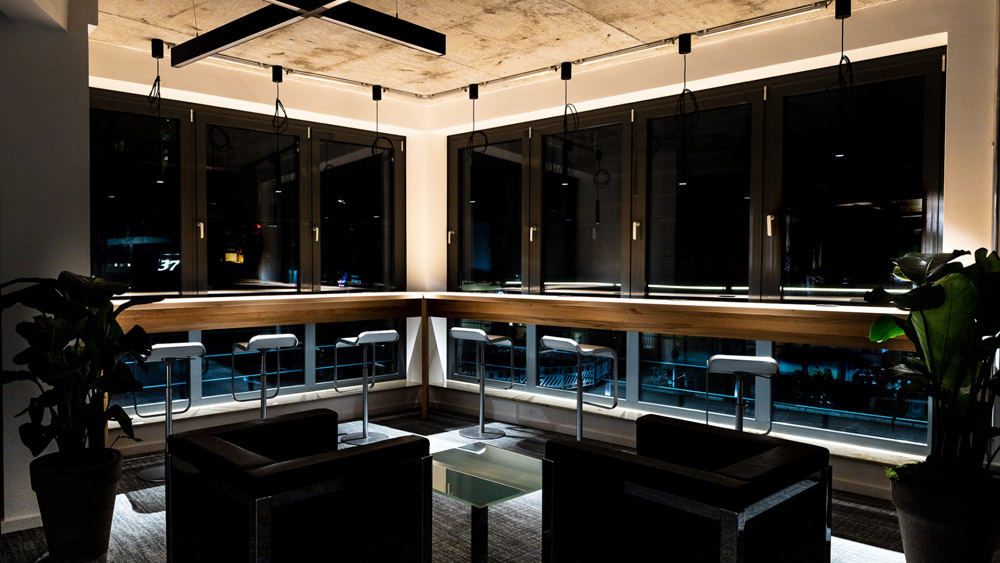 The House of Wood