Members of the timber trade gathered for the Timber Trades’ Benevolent Society (TTBS) AGM and lunch on May 5th at the Royal Air Force Club, Piccadilly.

The meeting, which was well attended, was the second AGM in seven months as last year’s event had to be held in October due to Covid-19 restrictions before then.

The AGM heard that with economic hardships increasingly affecting people who formerly worked in the timber trade and their families, the TTBS had agreed to pay more money to its beneficiaries in 2022 and in further years.

In 2021 beneficiaries received benefits and grants of £166,852, with the largest amount made up of quarterly allowances, followed by Christmas hampers and payments, plus winter fuel grants – especially important due to the increases in energy costs.

Luke Hunter, of Tilney Smith & Williamson Investment Management, updated attendees on how the TTBS funds were being managed in the current volatile climate, which he said had seen swings as great as 5% daily.

He confirmed that TTBS funds were being responsibly and safely managed to ensure funds could be maximised to help beneficiaries both now and in the future.

He clarified that the TTBS had practically no investments directly linked to Russia when the Ukraine conflict broke out and that the charity had worked to ensure this would remain the case.

John Taylor was re-elected to serve a second year as TTBS president, while Tony Shelton, of Allwood Trading Ltd and who formerly headed the timber division of Taylor Maxwell for about 20 years, was appointed to new vice-president and treasurer. He is also a past president of the Bristol Region TTBS.

TTBS CEO Ivan Savage is continuing in his role for another 12 months. 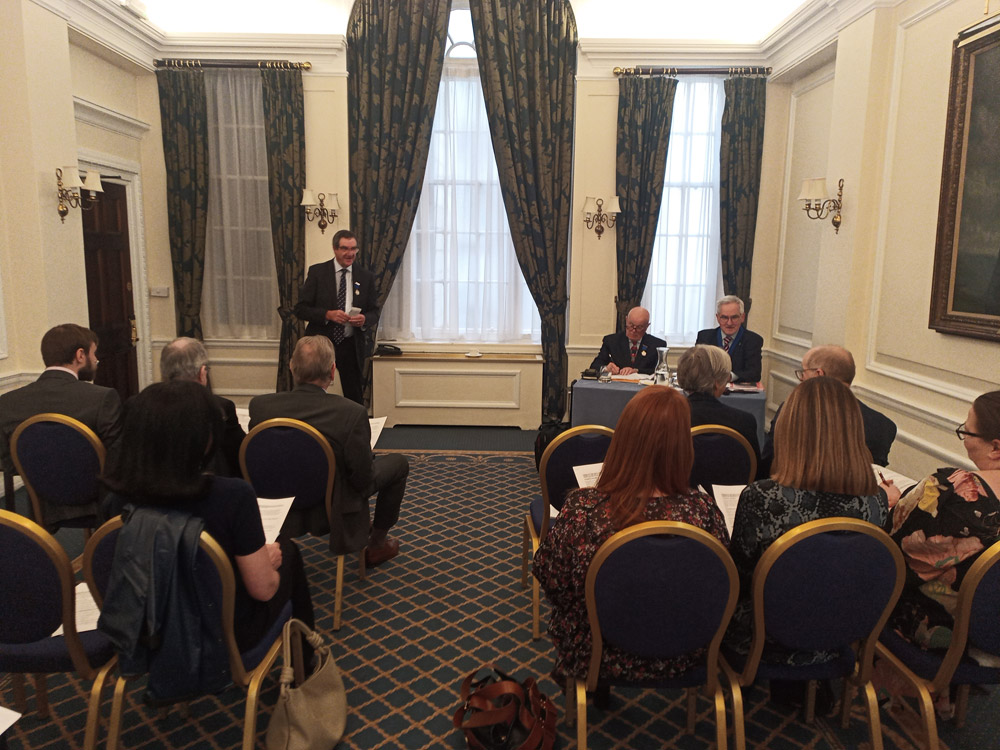 The 2022 TTBS AGM at the RAF Club, Piccadilly