All photos and video highlights from the 25th anniversary TTJ Awards 2021 are available on the TTJ Awards website.

Go to the TTJAWARDS2021 website homepage to view the photos and video of the event, which is the UK's longest established timber industry awards.

About 250 people attended the event, which also saw Timber Trade Federation (TTF) CEO David Hopkins give a brief update on the TTF merger with TRADA and the vision for the combined organisation called Timber Development UK in the future.

Guests then went to the traditional post-awards drinks, this year held at the Three Tuns pub.

A full review of the TTJ Awards will be emailed to TTJ readers shortly and a printed version will also appear in the November/December issue of TTJ.

The TTJ Awards team is planning for a bigger event in 2022. 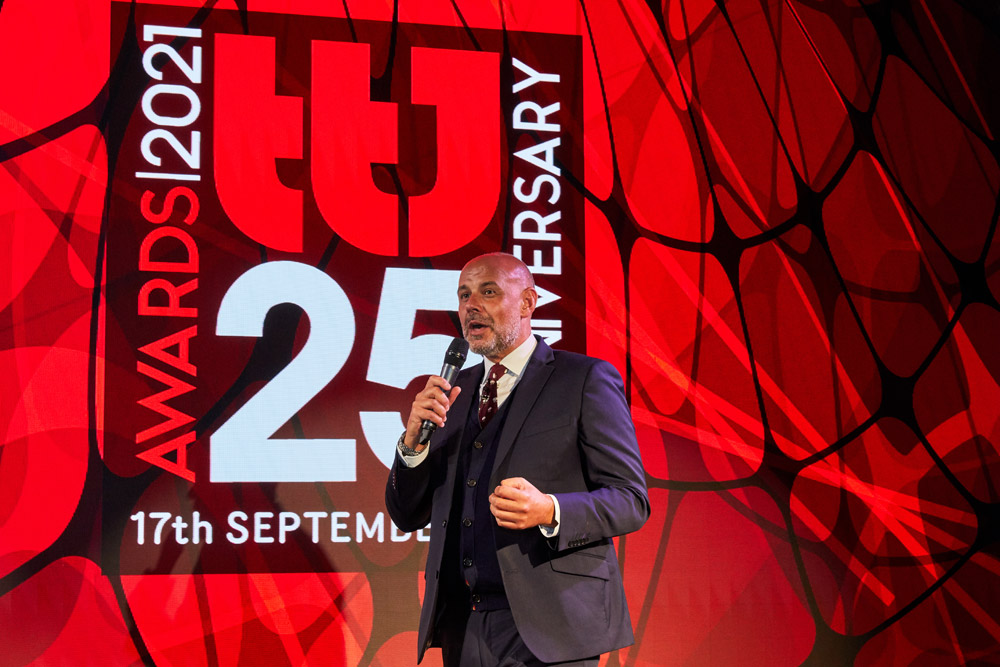