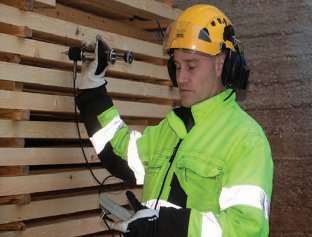 Innovators step right up 21 June, 2016 Innovators in the timber industry once again have an opportunity to be recognised in the TTJ Awards. Joint sponsor of the 2016 TTJ Timber Innovation Award TRADA says there is also a new twist to the category this year

Timber Prices! 20 April, 2016 In the first instalment of a new regular Talking Timber column by the Wood Technology Society (WTS), board member Andrew True looks at the question of pricing in the timber trade

A decade of development 18 May, 2013 Opening the call for entries, Camilla Hair of SCA Timber Supply reviews factors influencing the present and future of the TTJ Career Development Awards

Committing to development 10 December, 2012 The joinery industry’s first CPD scheme has got off to a strong start, reports the BWF’s WITForum manager, Dave Campbell

Lesson in collaboration 31 March, 2012 Wood Campus is a new online information service for merchants and their customers

Seeing the wood for the trees 31 March, 2012 Treemetrics has developed forest measurement technology to bring lean manufacturing to the wood supply chain

Value-added ethics 03 March, 2012 Jewson is taking steps to help its customers understand the value of certification and chain of custody.

W12 Working with Wood, the timber technology show, is 90% booked with nine months to go.

According to director John Smith-Bodden, around 100 companies have booked so far for the...